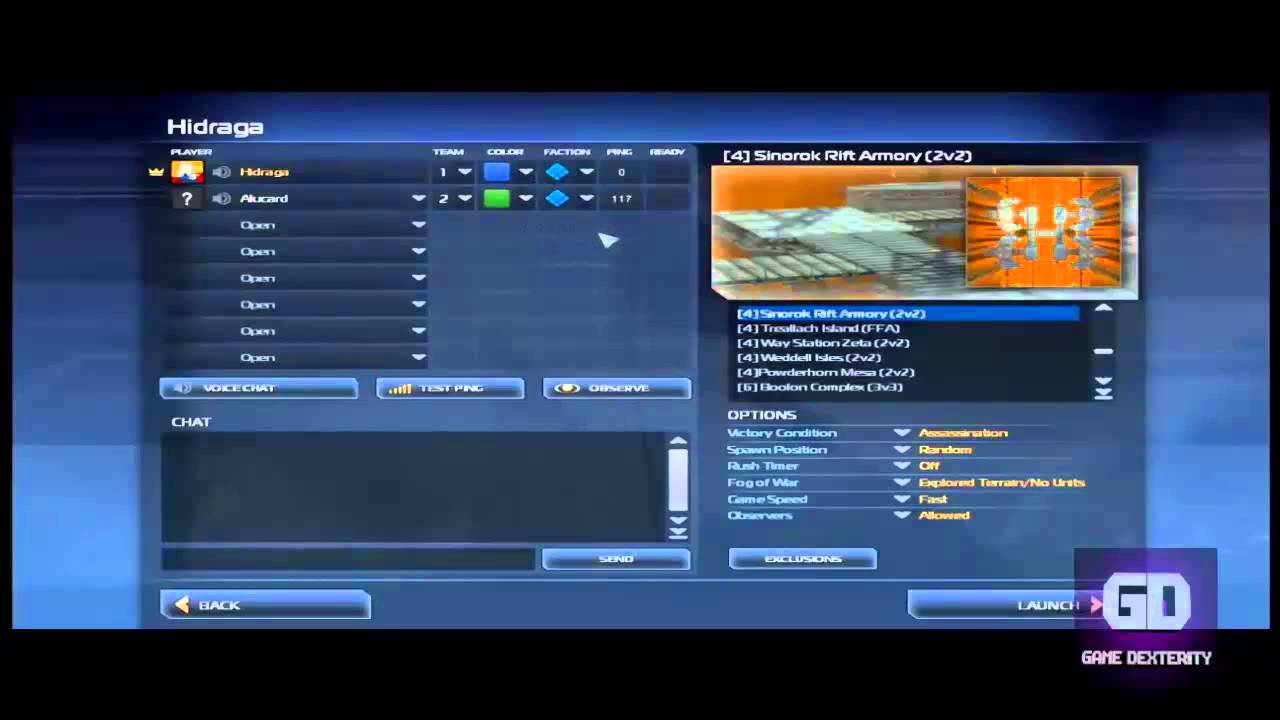 Each player starts with a Ranked Rating of , and each Ranked match increases or decreases your Ranked Rating. This rating determines your position on the Ranked Leaderboard. The Matchmaking Menu is accessed from the Main Menu. Select Multiplayer, and Find Match. It lets you between choose two different kinds of 1v1 matchmaking: Ranked 1v1 or Unranked 1v1. The Unranked 1v1 tab lets you pick your Victory Condition Assassination or Supremacy , your Faction, and it matches you with a player of a similar skill level on a randomly selected map.

These matches do not count toward any leaderboards.

Ranked 1v1 only supports the Assassination Victory Condition. Once you choose your faction, you can click "Find Match" and you'll be matched with someone of a similar skill level. In Ranked mode, you can adjust the range of potential matches on the "Finding Opponent" screen. It defaults to finding an opponent who is within 32 points of your current rating.

You can cancel the Search at any time and return to the Matchmaking Menu. Once a match is found, you automatically connect to a 1v1 match with your still-unknown opponent on a randomly picked map.

The biggest new feature for Ranked play is the addition of "Challenge Mode. If both players who are looking for a match have the option enabled, they are able to "Challenge" each other at any point of the match in order to "Raise the Stakes. The impact of the match's result on each player's final Rating. A normal Ranked 1v1 game has a 1X multiplier, meaning it's worth 1 game when calculating your final rating. The change in the rating is based on the difference between two players; a player with a high rating will get less of an increase from playing a lower-ranked player, but a low-ranked player can move up quickly by defeating a higher-ranked player.

In "Challenge Mode," you're increasing the multiplier so the result will count the same as if you played multiple matches against the same opponent. In other words, the resulting change in ratings will be greater than it would be for a normal, 1X match. A "Challenge" is issued from a button in the scoreboard, which is accessed by pressing F2 during the match.


Players can issue up to 5 challenges per game, and the owner of the Challenge alternates between players. Either player can initiate a Challenge at any time during a match. Once the initial challenge is issued, the match pauses and the "Challenge Mode" menu appears.

For the player receiving the challenge, it tells them what's at stake and gives them 30 seconds to decide whether to accept or decline the challenge. For the initial Challenge, "Decline" is auto-selected after 20 seconds. If a player declines the first challenge, the match will continue as a standard 1v1, and neither player can re-issue a challenge.

If a player accepts the challenge, the match continues. However, the player who accepted the challenge has a new button on their scoreboard: The game pauses again, and the other player gets the Challenge Menu. At this point, that player's options are to either "Accept" the newly raised stakes or "Forfeit" the match with the previously agreed-to multiplier. In fact, if you do not make this decision within 30 seconds, you will automatically forfeit and the match will end.

In other words, once you're in Challenge Mode, you can't back out. After the match is finished, each player gets the standard summary screen with new text that shows each player's Rating at the start of the match and their new Rating after it's been calculated. A match with a 5X multiplier doesn't increase your score by five versus a 1X match. The system can't be easily gamed, because matching is random and tied to an individual player's Steam account.

Bold or crazy players can try to bluff their way to getting their opponent to forfeit a match, at the risk of tumbling even more positions on the Leaderboard. How is this game? When the demo came out people on shack were complaining of disappointment. Has it gotten better? What it lost it can't get back in updates. It's not a terrible game in and of itself, but it doesn't come close to living up to what a sequel of the first should have been. I heard through a friend that was very high in the rankings, its extremely dumbed down now, and boring.

In fact it is so grossly powerful that, once researched, the player with mass conversion no longer cares about mass extractors at all. The experimentals in SupCom 2 are, as a consequence of the changed economy slashing their prices, and the research system delaying their acquisition, are a significant strategic choice regarding when to unlock them.


However this is precisely the problem- your entire game plan is constrained by what you intend to unlock later. Also, there is the problem of inherently boring and gimmicky experimentals. And because the main cost is the research, you always see them in games that go long enough.

They are no longer special, nor are they that powerful. They are standard units now, mainly because there are so few options. Now, if these units behaved normally, then fine, we can just stop treating them like experimentals. However, they absolutely do not- they may cost relatively few resources, but they are very powerful due to their high research cost, and can chew through huge numbers of stock units. The Cybran have a cloaking experimental which makes nearby friendly units undetectable by any means, although they can still shoot at you.

Effectively an impenetrable mega-shield, because you must focus down the cloaker before you can do any damage to any other nearby enemies. Or what about the giant robot T-Rex- which also sucks, never build it. There are a variety of experimental factories, as well, especially for the UEF- the Noah unit cannon, and the flying fortress. These factories produce units extremely quickly, extremely cheaply, and some can move or launch at map-global range. Once unlocked, you really have no reason to ever build a unit out of a normal factory ever again.

Very poorly thought out. Such units should offer powerful functionality at a premium price, not be hyper-efficient industrial advantages AND offer powerful new functionality. At the top of my hit list for experimental design flaws is this: Experimentals, battleships, artillery, nuke silos, for anything that ails you, air units are the answer.

In fact, air units especially gunships are so powerful and tough they outperform land units for cost in many cases- even against ground-based anti-air. On top of everything else, air-to-air warfare really is as dumb as watching fighters chase each other and wait for the result hint: Add to this their map-negating mobility and counter-everything-when-massed nature, and you have a very boring air war indeed. Despite my lengthy tirade about the game, there were in fact various areas of improvement over Supreme Commander, in ways that really should not be overlooked.

The biggest area of improvement was their engine and graphical efficiency- the specs for SupCom 2 are actually dramatically lower than those of the original Supreme Commander, despite the more-than-acceptable graphics. It boasts wonderful and debatably excessive particle and lighting effects, flawless zoom, and good visuals all around. The original game actually demanded perhaps a bit too much in terms of computer power to effectively run it, and scaling that back and increasing efficiency was an excellent move.

In fact there are even quite a few areas of improvement, especially the new flow-field pathing system and unit AI, both of which are very noticeable improvements over Forged Alliance. In fact, the general nuts-and-bolts implementation of SupCom 2 is much better than its predecessor.

Online matchmaking is a graveyard because of its other shortcomings, but for a time after its release, the system worked quite well unlike the original. 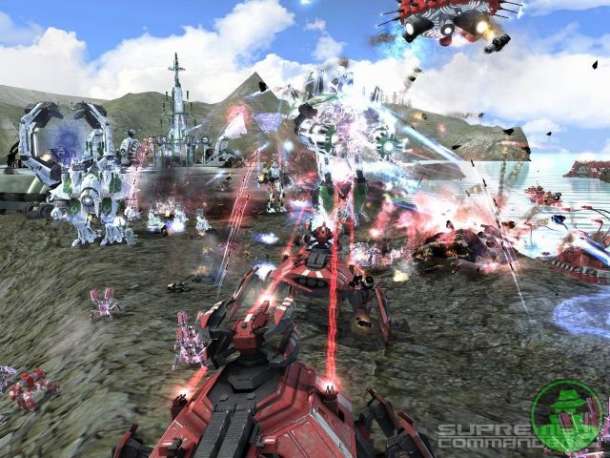 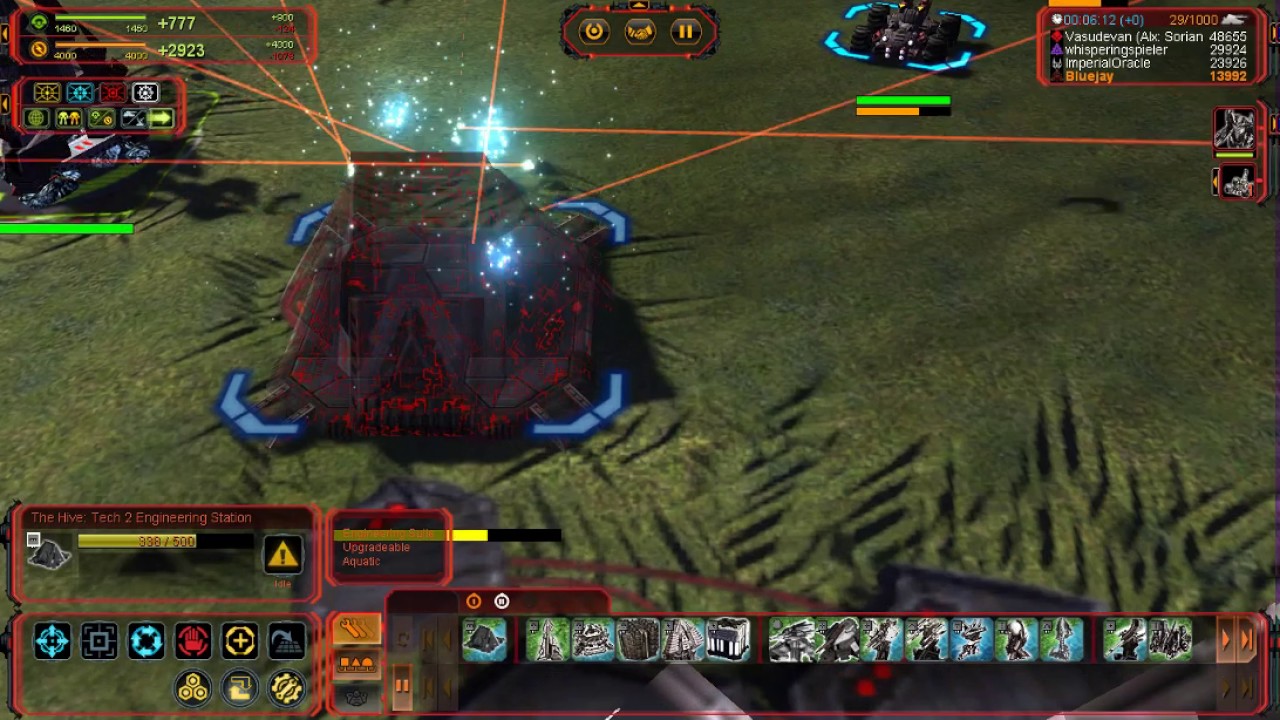 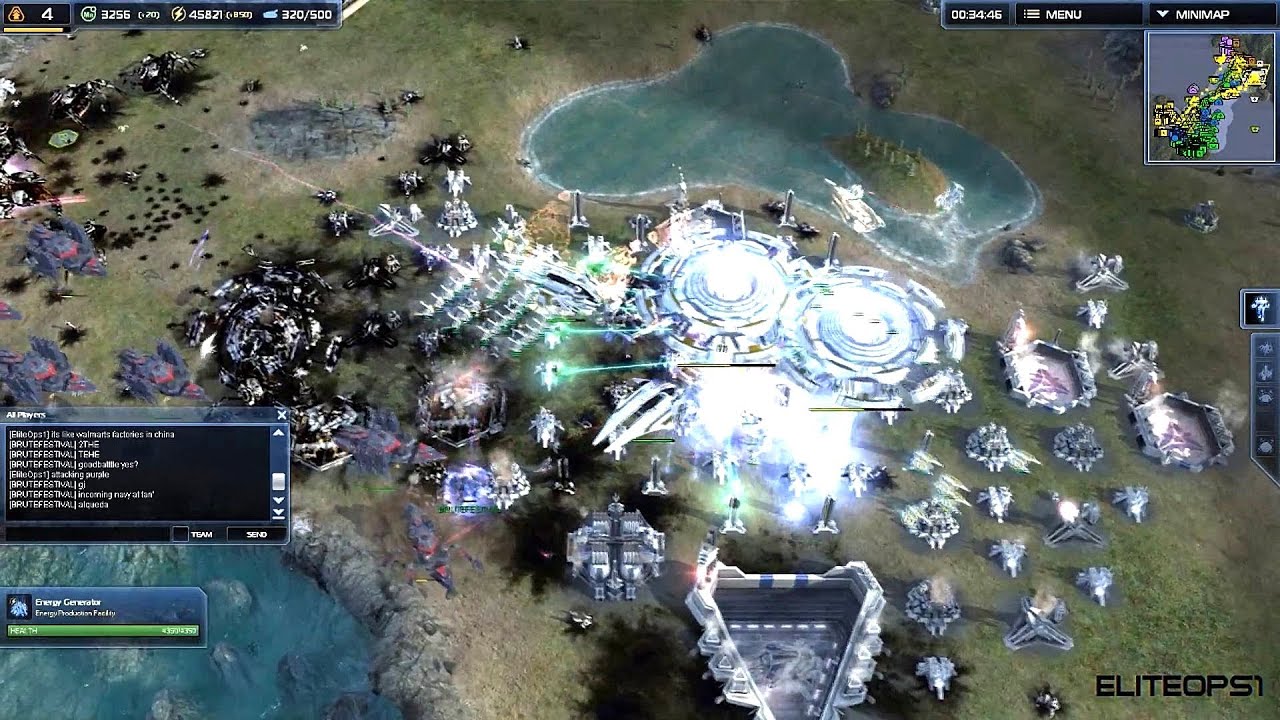 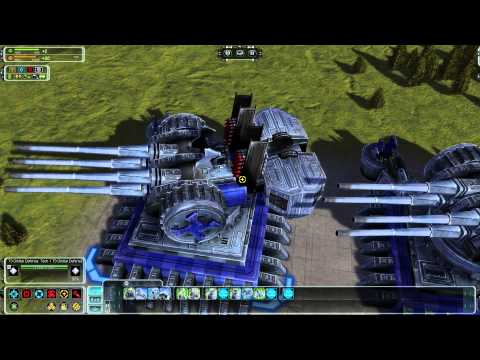